A novel coordination-responsive system for the controlled release of doxorubicin was fabricated by complexing platinum cations with selenium-containing polymers. Doxorubicin loaded in the platinum-coordinating micelles can be released in a controlled manner through the competitive coordination of the platinum cations with glutathione. The coordination micelles are quite biocompatible as vehicles of drug delivery, thus opening a new avenue in multidrug systems for cooperative chemotherapy. 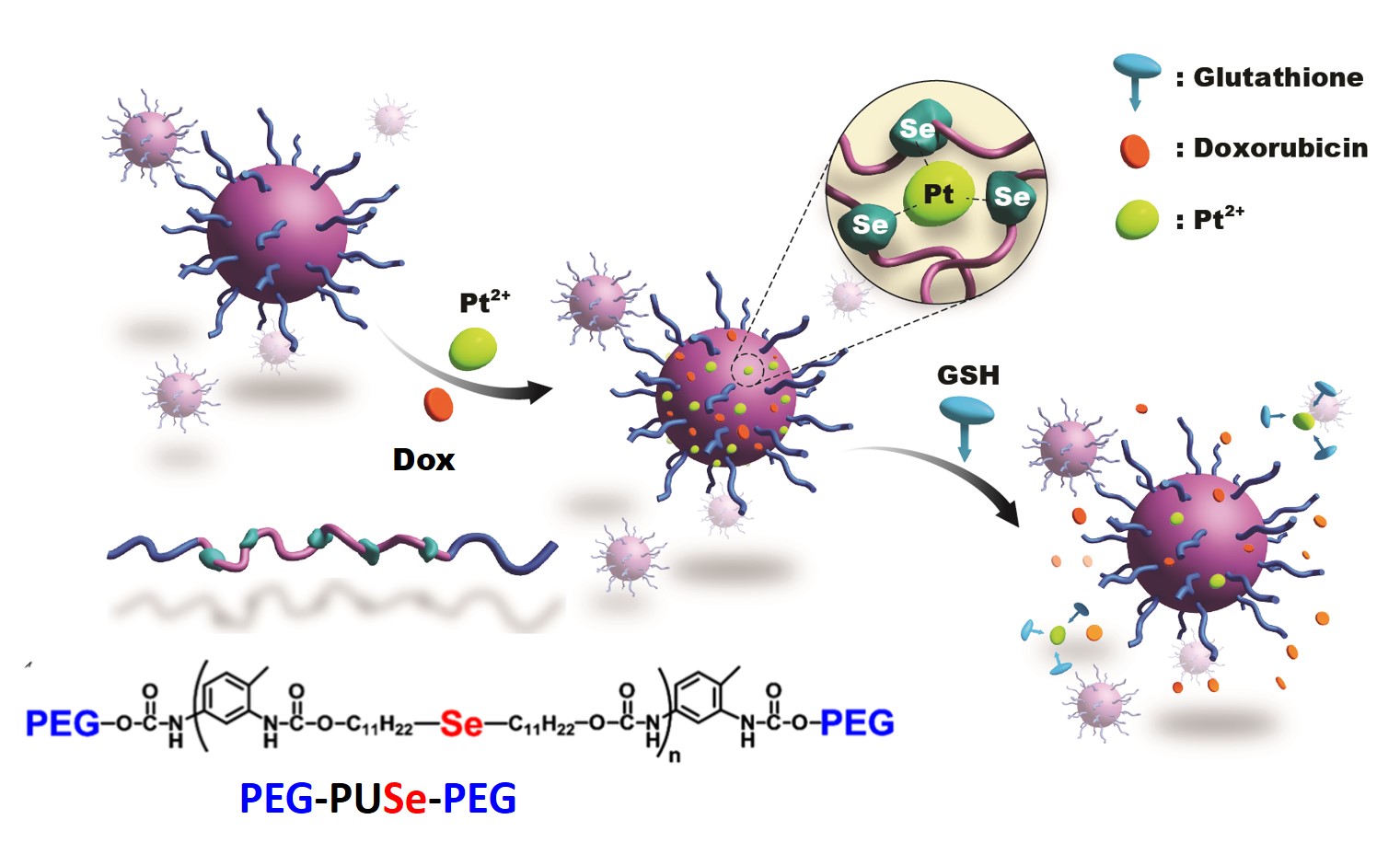