Cisplatin (CDDP) has received worldwide approval for clinical use in the past decades. However, its development in cancer chemotherapy was overshadowed by severe side effects and drug resistance. Herein, we developed a CDDP drug delivery system with high encapsulation efficiency and near-infrared light stimuli-responsive drug release properties based on the coordination of novel tellurium-containing block polymer (PEG- PUTe-PEG) and CDDP. The nanocarriers made from PEG-PUTe-PEG were loaded with CDDP and indocyanine green (ICG) simultaneously. The coordination chemistry between CDDP and tellurium guaranteed the nanocarrier a high stability in plasma and prolonged circulation time in vivo by reducing possible penetration of water molecule into the nanoparticles. Under the stimuli of a near-infrared laser, a amount of ROS can be generated by irradiation of ICG. The tellurium is easily oxidized by ROS because of the low electronegativity of tellurium. The CDDP could be rapidly released from the nanocarriers along with the oxidation of the tellurium at the tumor sites as the oxidized tellurium will weaken the coordination interaction with CDDP. In addition, the encapsulated ICG played a synergistic antitumor effect through photothermal effect with mild laser irradiation. The integrated strategy achieved higher antitumor efficacy and showed minimal side effects compared with the CDDP alone. 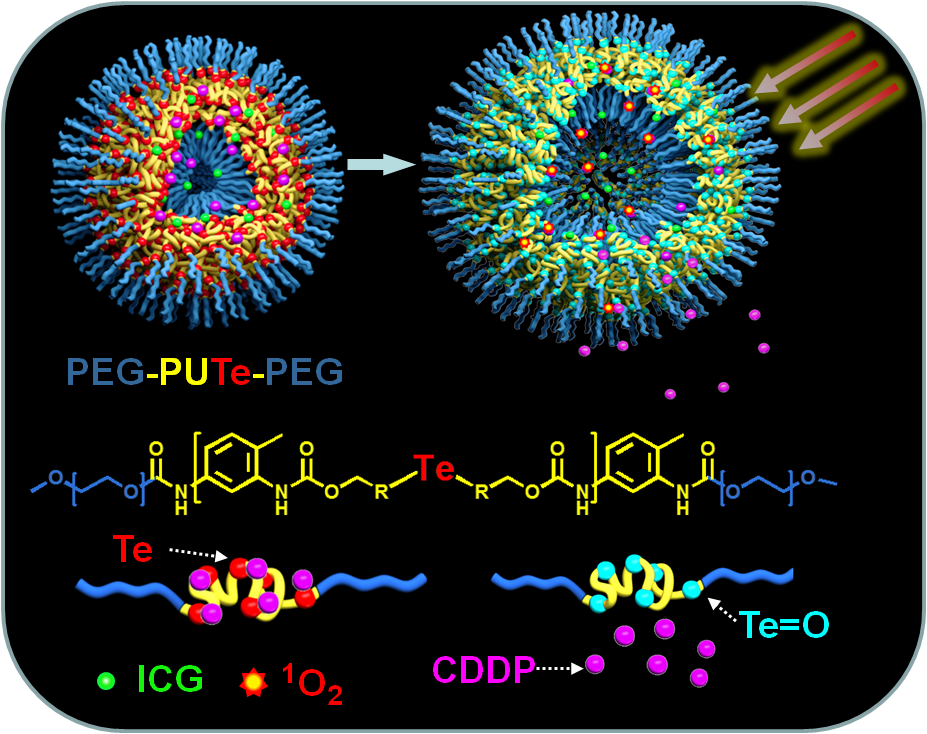