A general approach is reported to fabricate a stimuli responsive system via coassembly of diselenide-containing block copolymers with polymer lipids, which integrates the stimuli-responsiveness of diselenide chemistry and the biocompatibility of polymer lipids. By using dynamic light scattering, transmission electron microscopy, and zeta potential analyzer, coassembly behavior of these two kinds of polymers and responsiveness of coassemblies have been investigated. These coassemblies can exhibit redox-responsiveness inheriting from the diselenide-containing block copolymers. In the presence of low concentration of hydrogen peroxide or glutathione, the coassemblies can be disrupted. 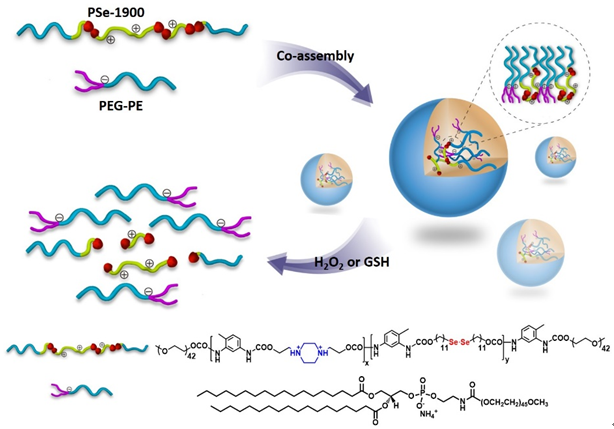