We have fabricated a polymeric superamphiphile based on the electrostatic interaction between the double hydrophilic block copolymer of poly(ethylene glycol)-b-acrylic acid (PEG-b-PAA) and a selenium-containing surfactant (SeQTA). The polymeric superamphiphiles are able to self-assemble to form micelles in solution. The micelles can be disassembled with the addition of 0.1% H2O2 because SeQTA is very sensitive to oxidation. The selenide group in SeQTA is oxidized into selenoxide (SeQTA-Ox) by H2O2, which makes the surfactant more hydrophilic, thus leading to the disassembly of the micelles. In addition, small guest molecules such as fluorescein sodium can be loaded into the micelles made from the polymeric superamphiphiles and released in a controlled way under mild oxidation conditions. This study represents a new way to fabricate stimuli-responsive superamphiphiles for controlled self-assembly and disassembly. 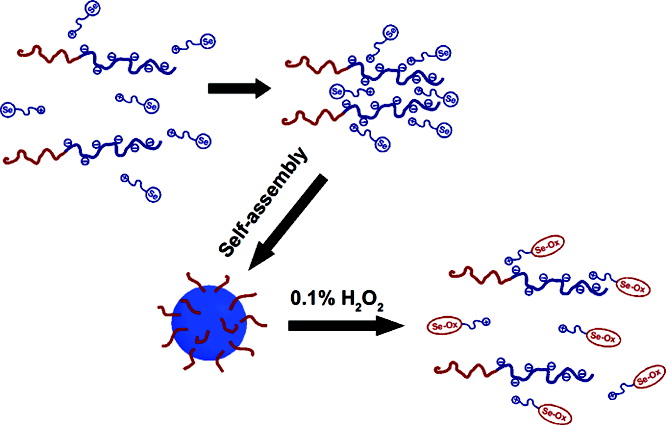 On May 11th, an online joint group meeting was hel...
View All