The development of efficient multi-responsive drug delivery systems (DDS) to control drug release has been widely explored. Herein, we report a facile strategy that enabled the micelles of the selenium-containing polymer with the drug to be encapsulated in metal-organic frameworks (MOFs), which served as multi-responsive drug release by employing the selenium-containing polymers with redox-triggered property and the MOFs with pH-triggered property in DDS. In this case, the micelles of the selenium-containing polymers, as core easily disassembled in the presence of redox agents, can then release the drug in MOFs matrixes. The ZIF-8 (one type of MOFs) crystal frameworks serve as shell can collapse only under low pH conditions, and the drug can be further released. In the presence of external redox agents as well as the pH stimuli, the prepared nanocomposite (P@ZIF-8) drug system exhibited the capability of multi-responsive release of the doxorubicin (DOX) and possessed good selectivity in releasing of DOX under low pH conditions instead of normal pH conditions. Compared with copolymer micelles system, the period of drug release in P@ZIF-8 has been prolonged. In addition, the merits of P@ZIF-8 such as good biocompatibility, multi-responsive release properties and especially the selective release properties under different pH conditions make the materials highly promising candidates for the realization of controlled drug delivery in tumour tissue systems. 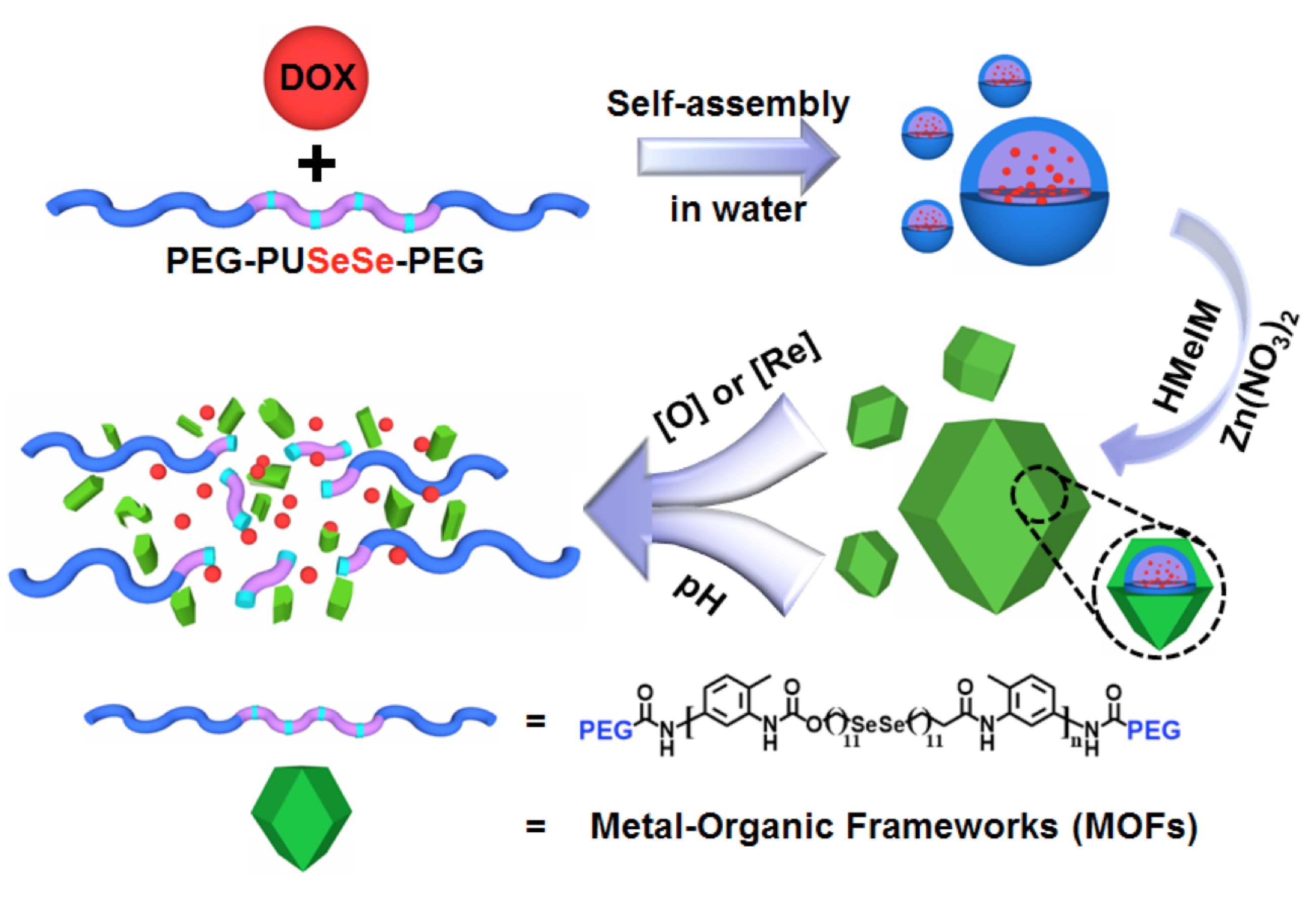