Reactive oxygen species (ROS) play a crucial role in cell signaling and redox homeostasis and are strongly related to metabolic activities. The increase of ROS concentration in organisms can result in several diseases, such as cardiovascular diseases and cancer. The concentration of ROS in biologically-relevant conditions is typically as low as around tens of μM to 100 μM H2O2, which makes it necessary to develop ultra-sensitive ROS-responsive systems. A general approach is reported here to fabricate ultra-sensitive ROS-responsive system via coassembly between tellurium-containing molecules and phospholipids, combining the ROS-responsiveness of tellurium and the biocompatibility of phospholipids. By using DLS, TEM, SEM and NMR spectra, coassembly behaviors and responsiveness of the coassemblies have been investigated. These coassemblies can respond to 100 μM H2O2, which is biologically-relevant ROS concentration, and demonstrate reversible redox properties. 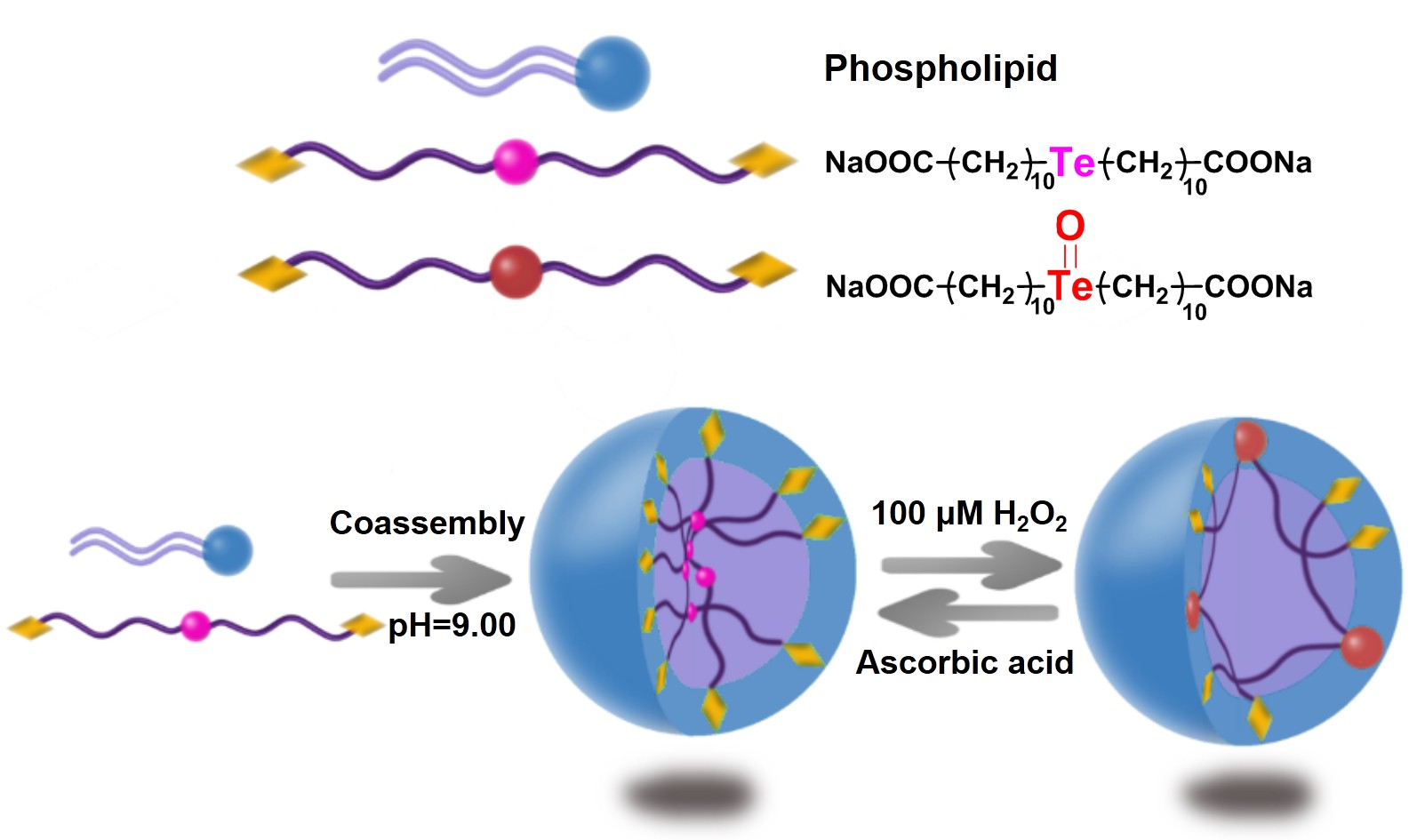